Business
The frame is an important part of the can filling machine, which bears a large load and needs high enough strength and diamond. If the local stress is too high, the structure will be destroyed, and too much deformation will affect the installation accuracy, thus affecting the filling accuracy. In this paper, based on Ansys Workbench, the frame is analyzed by the finite element method. The results show that the maximum stress of the original frame is 71.8MPa, which is less than the yield strength of stainless steel. The maximum deformation is 0.894mm, with large deformation and insufficient rigidity. After optimizing the position and structure of the frame leg, the maximum stress of the frame is reduced to 36.7MPa, which is reduced by 48.8%. The maximum displacement is reduced to 0.279mm, which is 68.8% lower than that before optimization. The strength and stiffness meet the design requirements.

The frame of the can filling machine is a permanent part of the filling machine and an important basic supporting part. It is equipped with a transmission system, a filling system, a can conveying system and a protection part. In order to ensure the safety, stability and filling accuracy of the rack, the strength, stiffness and stability of the rack are required. YLGD60 Can Filling Machine developed by Hefei Zhongchen Light Industry Machinery Co., Ltd. is 60-head high-speed equipment. The finite element method is used to analyze the frame, and according to the analysis results, the number, position and part of the structure of the support legs are improved and optimized again, which provides a reference for the structural design of the frame.

Establish analysis model
Establish the model of the rack in Workbench. In DesignModeler, the establishment surface is the bedplate, which is divided into the connection support surface between the bedplate and each component. The reinforcing ribs and legs on the platform are represented by straight lines according to the positions and sizes in the three-dimensional model. As shown in Figure 2. 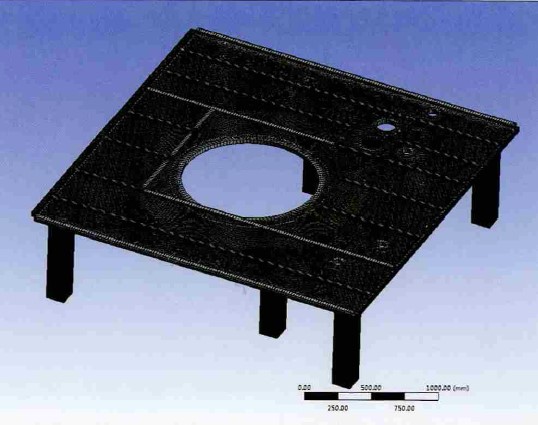 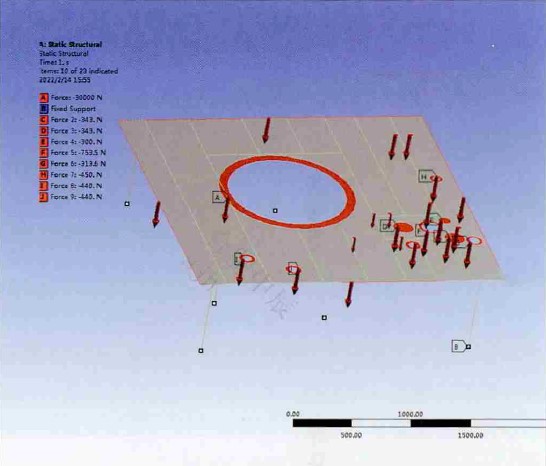 3. Analysis results
Through finite element analysis and calculation, the stress distribution and displacement program of the frame are obtained. It can be seen from Figure 5 that the maximum stress of the frame is 71.8MPa, less than 210MPa, which meets the working requirements of the bedplate. The maximum stress position is shown in the figure. The maximum deformation is 0.894mm, and the position is shown in Figure 6. Due to the 1m-long column installed on the bedplate, the deformation is too large; The deformation at the protective door is obvious, and the supporting strength cannot meet the design requirements. Structure optimization
After analysis, the filling system has the largest deformation at the installation place, and the middle three legs are slightly thin, so adjusting the position can’t improve the overall stiffness and strength. Add a leg near the position with the maximum deformation and adjust the positions of the other legs; In order to reduce the deformation at the place where the protective device is installed, reinforcing ribs are added around the edge of the bedplate, and the optimized structure has meshed as shown in Figure 7. 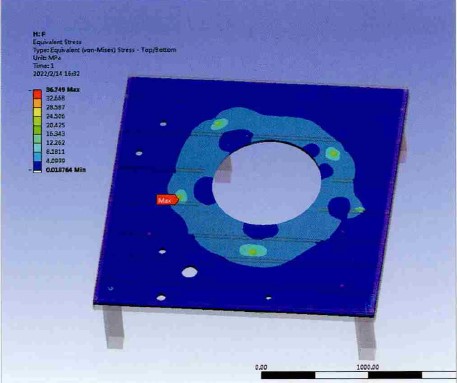 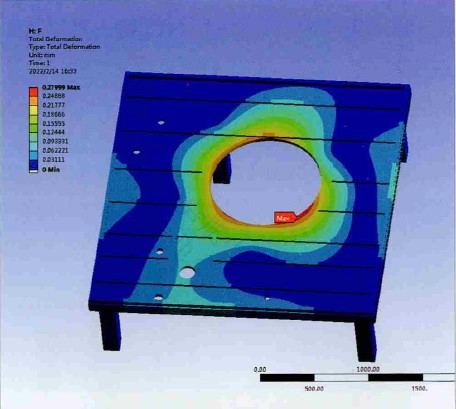 After analyzing and optimizing the structure, the stress and deformation are greatly reduced, which meets the design requirements. Subsequent practice shows that the deformation of the frame is obviously reduced, the installation accuracy is improved, and the workload and difficulty of debugging are reduced.

View all posts by liquid bottling →

What is a UK Payday Loans without a Debit Card?